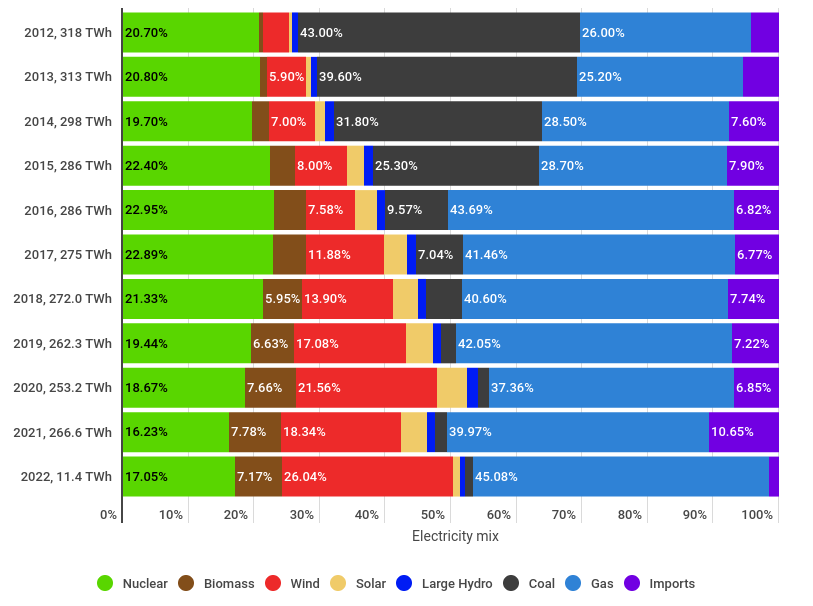 Posted at 14:52h in Uncategorized by OAK Garden 0 Comments
0 Likes

Where was coal use before?

In 1882, the UK was the first country to use coal to generate electricity. Since then, it has been a vital element of our energy infrastructure, with disastrous effects for the climate: in 1950, coal produced a colossal 97% of the UK’s electricity. Even in 2010, coal was responsible for around 30% of our electricity, with a peak in 2012 of 43%.

This reliance on coal has caused a myriad of issues for the environment, not just via direct carbon emissions, but also through pollution. The Great Smog of 1952 was a direct result of particulate pollutants from the use of coal, with smog also seen more recently in other countries, such as China and India. Air pollution has been linked to many health problems and its impact on our country’s health and economy cannot be overlooked.

The rapid reduction in coal use that has been seen over the past decade is, to say the least, somewhat staggering. From the first coal-free day, as recently as 2017, we are now closer than ever to eliminating the use of coal permanently in the UK: by 2024, all coal plants will be closed, and coal will be gone from our power plants for good. This will mark a major milestone in the fight against the climate crisis, with coal emitting almost double the amount of carbon dioxide as gas plants.

However, the fight is not yet over. There are two potential sites for new underground coking coal mines in the UK, which would export millions of tonnes of coking coal a year to steelworks in Europe. Although the UK is working to phase out coal from our power production, we are still the financial centre for global coal mining, with many of the world’s major mining companies listed on the London Stock Exchange. It is not enough for us to cut coal at home, we need to work harder on the global stage to end international coal mining.

The picture is looking cautiously positive for renewable energy use: in 2021 renewables contributed 31% of our electricity. With the war in Ukraine expected to disrupt gas supplies from Russia, this could provide the platform for renewables to finally unseat gas as the top energy provider in the UK. Much of the slack has been picked up by wind power, with the UK proving to be a world leader in the sector; over 20% of electricity in 2020 came from wind power.

However, the large reliance on gas that the UK still has may be a problem for the ambition to be net-zero by 2050. If there is any hope for reaching the target, gas must be phased out and their emissions completely eradicated. There are signs and reasons for cautious optimism, but there is always more to be done.